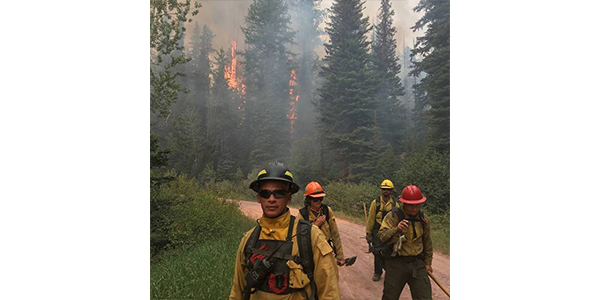 Black Leaders on the Frontlines:
Kurtis Robinson, Fighting Wildfires and Planting the Seeds for a Just Transition

Kurtis Robinson is a leader who had an unlikely start as a firefighter putting out wildfires in Eastern Washington, and eventually found himself planting the metaphorical seeds for a Just Transition alongside the BIPOC communities of Spokane Valley. The contrast of firefighter and community justice worker is a coming together of what seems to be a constant searching for self and community actualization.

Kurtis describes his leadership journey in philosophical terms with an activist’s urgency. “When I arrived in Washington, I was literally up on the mountains in the Colville Reservation I was internally having to process the past…What spoke to my spirit was this: ‘quit complaining about the problem and go down and do something about it.’“

Kurtis had lived in the Keller area for a number of years before moving to Spokane, and remembers the devastating wildfires that burned through the region over ten years ago. “That was the event that catapulted me into firefighting. I stood on my front porch. It was survival mode for me at first. I had a garden hose and I needed to face it. I thought, I am never gonna be this helpless again.” Fortunately, the fire did not overtake Kurtis and his home, but the devastation did impact and uproot so many others.

“When I arrived in Washington, I was literally up on the mountains in the Colville Reservation I was internally having to process the past…What spoke to my spirit was this: ‘quit complaining about the problem and go down and do something about it.’“

Kurtis describes the series of moments since that dramatic scene, as a combination of lived experience of past justice involvement, the trauma of racial injustices in his life, and the intense wildfire he faced from his front porch that were altogether transformative. Never would he be that helpless again, so with a sense of urgency, Kurtis undertook the certification process to become a contract firefighter – which is about 70% of the firefighters who are deployed to extinguish wildland fires.

Kurtis moved to the Spokane Valley four years later, so the contrast between rural and urban settings seemed like a contradiction of work but he says,

“Some may think that there is a large extreme distance – unrelated – between wildland firefighters and racial injustice. And the physical distance may be, but when you look at the whole view there are places where the issues touch consistently, they are definitely related.” 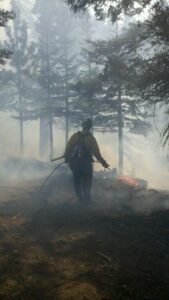 He describes the impact of wildfires on communities and the difference in locations and the proximities to the wildfire risks, evacuation measures, as well as the intervention and resources to rebuild. For many lower income families, they are left with little nothing – many without insurance – and unable to rebuild lives. The disparities from different contexts became more and more similar. This leads to Kurtis’ take on what he sees as the most important issues affecting the BIPOC communities of the region, are the lack of investments in BIPOC neighborhoods, community infrastructure, and even recovery resources when natural disasters and emergency health issues emerge.

Fast forward to Kurtis’ role with the NAACP Spokane Chapter, staying true to his commitment to work in community and always do more, Kurtis describes his work for justice as intersectional and cumulative. “I came into service work through a church when I moved to Spokane, then served on the behavioral advisory board of the county. Soon, Kurtis got involved in the Safety Justice Challenge Grant funded by the MacArthur Foundation to address criminal justice reform, and the underlying barriers and practices causing the racial disparities. More and more his justice involved past and his work as a firefighter converged, and his community expertise was increasingly relied upon. 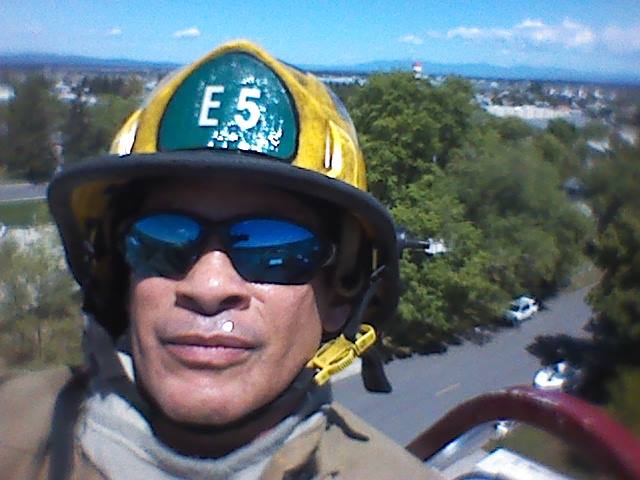 In many ways, Kurtis’ leadership story draws from a path of redemption and heroism, he describes his vision of leadership as about stewarding and bringing other emerging leaders along, and making it clear that they will be learning together along the way. He takes a moment to reflect on the question of leadership and aims to constantly examine whether his beliefs align with his actions. But first, “We have to start all conversations with how we historically got here…We cannot be a prisoner of our privilege. We have to really understand how race has infiltrated everything, everywhere. When we follow that trail, we can see how it leads to the core dynamics. We have a responsibility to start that conversation, understand it, and own the fact that we are inherently benefiting from the system built on racial injustice…We can do this in a restorative and loving way.”

This is part of a series of blog posts highlighting Black Leaders on the Frontlines in our state who are working at the intersection of environmental, racial, and economic justice.