Dismantling Systemic Racism to Create a Healthy Environment for All 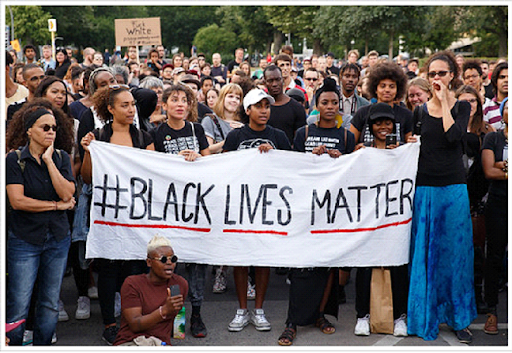 Kurtis Robinson, President of the Spokane Chapter of the NAACP

Viewed from afar, our planet appears as a beautiful blue marble on which it is hard to imagine an existence that is anything but tranquil and harmonious.

Yet, systemic racism divides us and prevents us from living together as one people. Recently, we’ve experienced the impacts of systemic racism in the tragic murder of our brother George Floyd and the disproportionately high rates of COVID-19 infections and deaths in communities of color.

In this post, I will explore our long history of systemic racism and how it impacts our work toward climate justice. Of course, there are many movements working to dismantle and transform these systems. I’ll share the work of Washington’s Environmental Justice Task Force which is working to eliminate racial oppression in our institutions and create a healthy and safe environment for everyone. Until we can all breathe in every sense of the word, we cannot achieve environmental equity. Effective and inclusive public policy that centers the communities most impacted by climate change is one tool we can use to achieve these goals.

First, let’s assess the origins of systematic racism and its many ill effects. 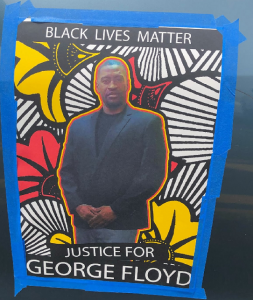 White supremacy was rooted in our Declaration of Independence. It promised a land of freedom from tyranny, but was built by enslaving and colonizing people of color. Alongside these evils, the U.S. began extracting and burning natural resources at a prodigious rate since 1750, making our country responsible for contributing to about a quarter of global warming.

Racism has prevented the U.S. from addressing these grave challenges and their catastrophic impacts on our society. Consider that in the 2000 Presidential election, if Black voters in Florida hadn’t been robbed of their right to vote, we may have elected a President who would have addressed global warming.

Also part of our voting system, the Electoral College remains a racist institution designed to protect the interest of slave owners. It’s one element of a racist structure marked by white supremacy that prevents us from healing our sick and burning planet.

The latest symptoms of our ailing planet are devastating. Fueled by warmer temperature, rapid bursts of powerful cyclones in the Arabian sea altered the natural terrain to boost the population of desert locusts. Swarms of them have descended onto Eastern Africa, devouring precious pastures and croplands. And deep in northern Siberia, possibly the hottest temperature ever in that terrain was recently recorded.

The National Oceanic and Atmospheric Administration predicts a dangerous Atlantic hurricane season. Imagine the nightmare of this hitting us in the midst of a global health pandemic that is already overwhelming our healthcare system. 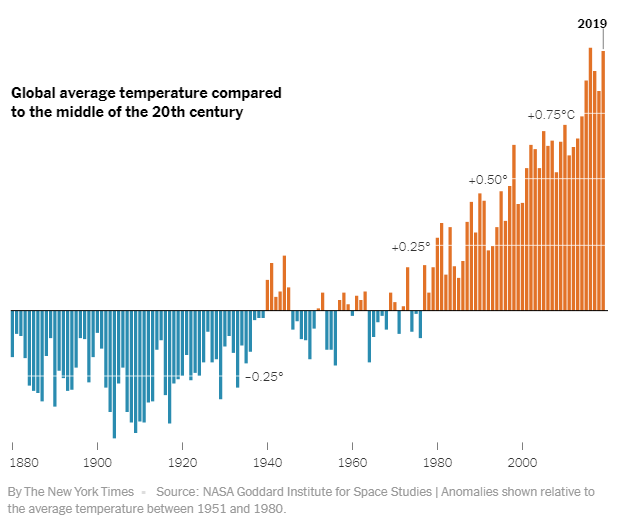 Hitting closer to home, hotter temperatures in Central Washington have increased the risk of big wildfires later this summer.

As a wildlands firefighter, I dread the thought of long days of filthy, smoke-filled skies choking the lungs of people with underlying health conditions who are already savaged by COVID-19. The multiplication of each threat in our environment devastates Black, brown, and poor communities the most.

Environmental injustices like this would not exist if the guiding documents of our government were more than mere words on paper. In one glaring example, the 14th Amendment of the U.S. Constitution promised former slaves equal protection under the law. This means the law should be applied fairly in every respect, from how we fund public schools to how we achieve the promise of healthy air required by the Clean Air Act. But systemic racism endemic in the way the government implements these laws means this promise has sadly never been realized.

There are ways to identify the root causes of institutional racism in our government that result in oppression and overcome them. I’m proud to be working on such a transformative movement with Front & Centered, through its role as co-chair of Washington’s Environmental Justice Task Force.

This body is charged with gathering public input from all across the state and turning it into policy recommendations about how racial justice can be embedded into the way our State government protects the environment. Imagine if our government were held to the standard of providing air that is so clean that a baby or elderly person can breathe it. And not just in South Hill but in the East Central neighborhood of Spokane. 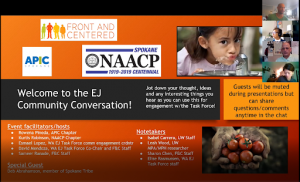 In early May, on behalf of the Spokane NAACP Chapter I co-hosted a community conversation with the Spokane Asian Pacific Islander Coalition to gather public input. Inviting our partners 350 Spokane and the Sunrise movement to join us, we had an engaging and productive breakout group discussion about how our government could achieve environmental justice. Our guest speaker was Debroah Abrahamson of the Spokane, Couer d’Alene, and Navajo Nations.

She shared how environmental justice was denied starting from colonization. Destructive moments like Grand Coulee Dam’s construction in the 1930’s and the extraction of uranium at the Midnight mine in the 1950’s erased the natural heritage and wealth of her tribes. Environmental justice is racial justice, and we must recognize tribal rights to land, clean water, and salmon. By focusing on improving the welfare of salmon we can protect earth and improve tribal welfare. 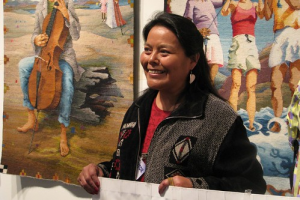 During the breakout sessions, I heard many people suggest that State Agencies should hire staff from within the communities they serve. This would make communities more comfortable working with staff who have a shared, lived experience.

If the Legislature passes our recommendations into law after they’re finalized in October, we will be making meaningful progress towards making our government institutions focused on protecting everyone, as the 14th Amendment promises.

My hope is that as environmental justice in the very holistic sense becomes a mission of Washington State, the work of police departments along with that of every government agency will be transformed. Ultimately, the definition of government agents whose job it is to protect and serve communities should include social workers, educators, and environmental stewards. Their presence and value should be as commonplace as the sight of a police patrol car.

Environmental justice means the government funds community health and wellness programs equitably. In a future post, I will describe the type of climate campaign we should run to realize this goal. 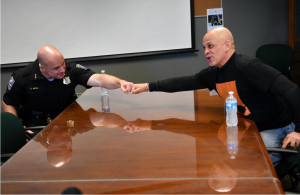 In June, Spokane Police Chief Craig Meidl met with Kurtis Robinson in a conference room at The Spokesman-Review, see https://www.spokesman.com/audio/2020/jun/06/conversation-chief-meidl-and-kurtis-robinson/

But, I’ll leave you with this example of what I mean. Instead of purchasing military equipment for local police departments we should see that programs like low-income weatherization receive more funds. Upgrading the old, drafty housing stock in Spokane’s lower-income neighborhoods is an opportunity to focus on protecting communities by uplifting them. Creating local green jobs in making homes healthier and energy efficient is a smarter investment to serve communities as opposed to funding war zone equipment for local police agencies.

The lower bills from green energy projects are valuable and badly needed for our communities. A new report released by UC Berkeley researchers found that Black households pay more in energy costs than white households. This is due to living in more drafty homes due to less access to energy efficiency programs.

The Task Force has entered the key final phase of its work. I’m proud to have contributed by helping connect Inland Northwest communities to this process and helping shape the draft recommendations that the Task Force now seeks input on. Now it’s your turn to tell the Task Force and policymakers what you think. Find out more about the process and share your comments by posting them directly on this Google Document by July 27.

We must unite as a society because we are better than this. If we achieve racial equality, eliminate gender discrimination and achieve the promise of clean air, housing that is safe and convenient, and build communities that connect to jobs, schools, and recreation by foot, bike, bus, and fast rail. It is a sad fact that systemic racism in the United States has made climate change such a major problem with devastating consequences.

As we fight wildfires this summer, let us not do so in vain. If we organize to put the Task Force principles into law, I will know that we haven’t. Transforming our institutions to be impartial is how we achieve a healthy Democratic society. To accomplish this, we must from now on use high level race equity lenses to view all aspects of our American institutions followed by making all the necessary changes to undo these historic missteps and rectify our many gross, inhumane, and unsustainable errors. I would argue that doing this will bring us closer to a government and nation of the people, by the people, and for the people. An America finally, for all the people!