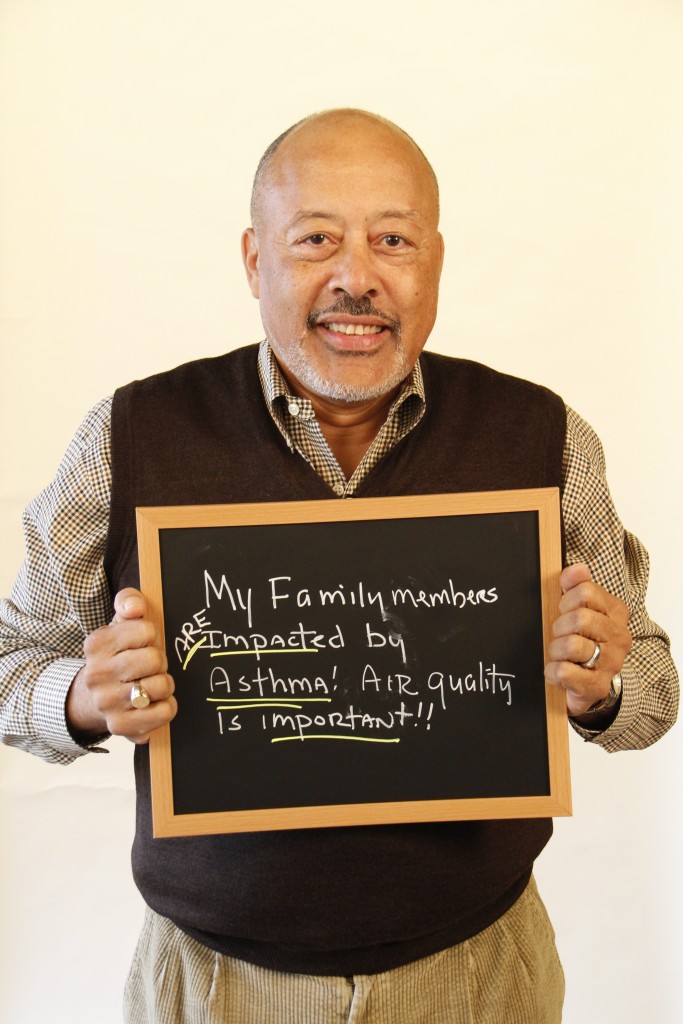 At the ­­Climate Justice Summit in November, you held a sign saying, “My family is impacted by asthma. Air quality is important.” Can you elaborate a bit on what you wrote?

First of all, my wife suffers from asthma. And pollution and poor air quality really aggravates the condition. I also have children and grandchildren who suffer from asthma, and I do believe, based on the research and studies that I’ve seen, that their condition is exacerbated by air conditions and air quality.

How did you first get involved in the climate justice movement?

Well, I had a fairly long career as a diversity officer for Weyerhaeuser, and while I was there, I spent some time supporting sustainability and social justice issues. And when I became a member of the EPA’s National Environmental Justice Advisory Council, I was representing industry, but also my own perspectives. So I have been very involved with social justice, diversity, and inclusion for most of my career.

Has climate justice changed over time? Is the impulse to act more urgent now than it has been in the past?

Absolutely. If you look at some of the catastrophes and weather conditions we’ve seen around the world, particularly in the West with fires, dryness, and floods. The impact of some of those conditions is very significant, and I don’t think it’s going to get better unless there is meaningful and progressive public policy in this area.

One of the reasons the group came together was to ensure that the voices of the vulnerable and people of color are adequately represented in conversations about climate change and social justice. What we find oftentimes is that while these communities have a high interest in environmental issues, they have not been adequately represented in terms of public policy discussions. And if you look at the impact, you find that people of color are often disproportionately affected by air quality and carbon emissions.

So for me, my reason for being involved is to raise the level of awareness in terms of public policy and in terms of what we can do in our homes, in our families, and in our communities to come together as a collective to help influence that policy.

What did you take away from the Climate Justice Summit?

This was the first statewide summit of its kind in Washington State, and it was made up of a variety of organizations, including indigenous communities and other local groups. Climate Justice isn’t just about one demographic group. It’s about collectively, all of us, working together to shape policy. And if you don’t have certain sectors of society at the table, then the impact of your policies will be less effective.

Effenus Henderson is the President and CEO at HenderWorks Inc., and a former board chair of E3 (the Environmental Education Association of Washington).