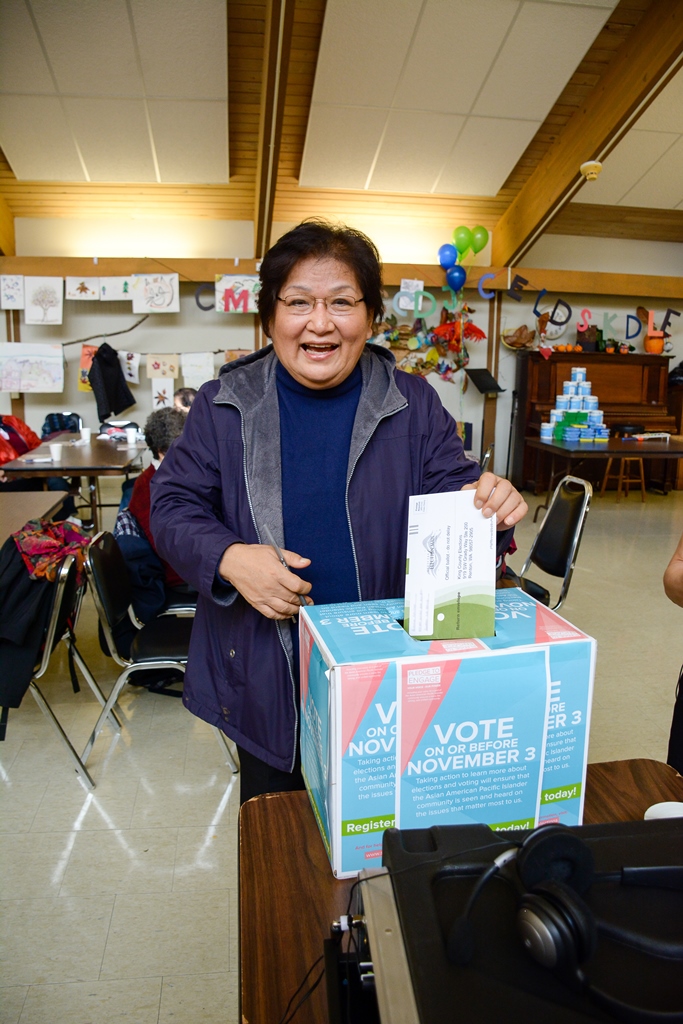 Asian Americans and Pacific Islanders (AAPI) have become the fastest growing minority group in the country.  However, AAPIs have some of the lowest voter turnout rates locally and nationally. In 2014, only 50% of eligible AAPI voters were registered to vote, and only half of those actually voted.  This can reflect a false notion that AAPIs don’t care about civic engagement and political participation.  So what’s the real story behind these numbers?

Cultural, linguistic and social barriers hinder the AAPI community’s full participation in our democracy.  Someone may come from a country without the right to vote and explaining the concept of voting and how it works takes time and sensitivity. They may have been persecuted for expressing their political beliefs, or where voter intimidation is common, suffered personal trauma.  Creating specific and targeted civic engagement strategies that are inclusive, accessible and reflect the diversity of languages and cultures that make up the AAPI population are essential.

In addition to addressing systematic barriers to full participation in our democracy, AAPIs must be engaged on the issues that matter to them.   Environmental justice is central to the conversation and it’s clear that community members are facing the direct impact of climate change.  Climate change is reaching AAPIs in urban and rural settings as well as locally and internationally.  AAPI elders living in the Seattle Chinatown/International district breathe the worst air pollution in Washington.  Filipino farmers in Yakima see the impacts on agricultural production in Central Washington.  Pacific Islanders are seeking refuge as climate refugees, as a direct result of raising sea levels claiming their home lands.  By engaging communities on the urgency of issues like environmental justice, we make the connection to why the AAPI voice is critical to political conversation.

The work of the AAPI Democracy Initiative centers on reducing barriers to civic participation and engaging people on the issues that matter to highlight that AAPIs do care about policies impacting them. Visit our website to learn more.