On Target: Climate Action Must Deliver for Communities at the Intersections 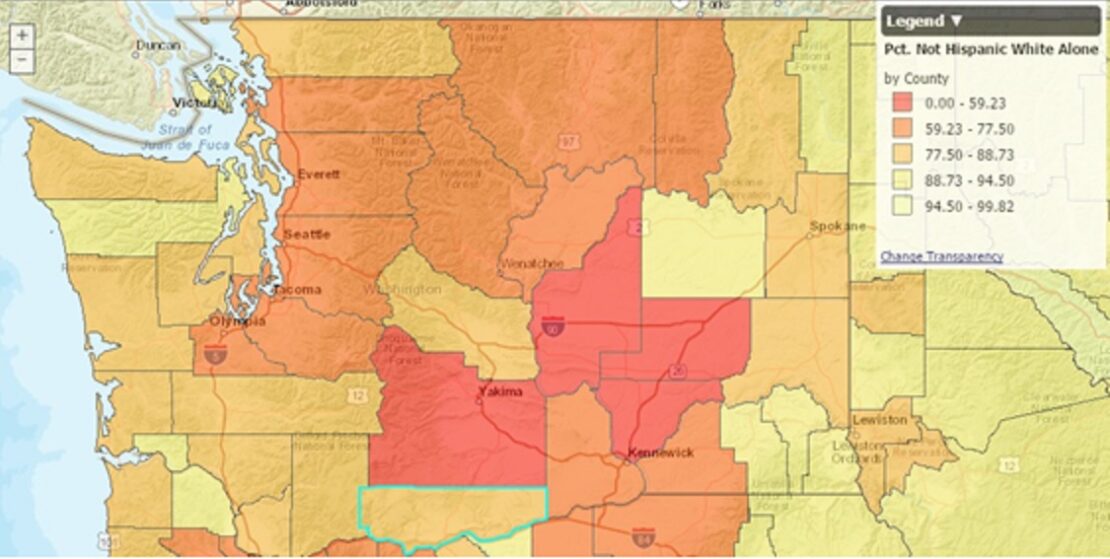 This post is part of a series: Equitable Carbon Pricing

In the last post of this series we described how carbon pricing without investment – the I-732 mechanism – is a half-measure that won’t live up to its proponents’ promises of equity and a safer climate. In this post, we look at how investments in pollution reduction should be targeted to reach communities bearing the brunt of climate injustice.

Front and Centered advocates for carbon pricing that addresses the environmental and socioeconomic disparities between communities in order to effectively reduce pollution where it is most harmful. This will create opportunities for frontline communities to both participate in a low-carbon economy and weather climate disruption.

A climate justice strategy starts with identifying where communities are most affected by the combined burdens of 1) pollution and climate change; 2) social and economic disparities and; 3) institutional racism and discrimination. This is what we call a cumulative impacts mapping analysis.

Mapping allows us to better guide the reinvestment of revenue from a carbon price to achieve pollution reduction, poverty reduction, and reduction of racial disparities where these burdens compound. It can also be used to identify and monitor where pollution is, or is not, improving.

Our initial research affirms that in Washington State, communities of color disproportionately suffer the burdens of both air pollution and climate change. This research is backed by many years of work and the direct experiences of people of color facing overlapping socio-economic disparities and environmental hazards.

Across the United States, comprehensive research shows that race—or rather, institutional racism—is the leading determinant of whether people are disproportionately exposed to various forms of pollution. This is why more than two decades ago, the Clinton Administration issued an Executive Order that required numerous federal agencies to examine and address the impacts of environmental hazards on communities of color and people with low incomes, and established an Interagency Working Group on Environmental Justice. Like many environmental justice advocates, the federal government recognizes that pollution, poverty, and race intersect.

Additionally, researchers have found that a weighted analysis of cumulative impacts from pollution, combined with social and economic disparities, can tell a more accurate story of communities’ need for support than data on any one of these factors alone. To put this specifically in the context of climate change: existing racial, social and economic injustices overlap with the impacts of climate change to multiple threats, in a phenomenon known as the climate gap. Gathering and considering cumulative impacts is an integral best practice for a comprehensive climate justice strategy.

Unfortunately, the authors of I-732 and some analysts limit their view of equity to income, or more specifically, taxes. In doing so, they ignore other factors, such as race and the concentration of pollution. I-732 carves out a portion of carbon tax revenue for the progressive Working Families Tax Rebate (WFTR) as a way to offset this tax’s effects on people with low incomes. But it invests no revenue in the transition away from fossil fuels, let alone targeted investments for statewide environmental equity.

Researchers at the Sightline Institute, a mainstream environmental think-tank, noted that I-732 did not fit communities of color measures of climate equity, but still lauded I-732’s combination of reduced sales tax and tax rebates, ultimately giving it a pass. Washington’s extremely regressive tax structure desperately needs an overhaul, but carbon pricing is not a replacement for tax reform, nor is tax reform a substitute for climate justice.

Sightline makes this inference based on a recent report called “What is the Best Way to Ensure Climate Justice in Oregon: Oregon legislators need to know how to benefit disadvantaged populations.” Putting their claim to ‘know how to benefit’ frontline communities aside – we’ll cover this in a future post – the report narrowly focuses on the question of what to do with the revenue generated from carbon pricing. Specifically, it casts doubt on geographically targeting investments in communities cumulatively affected by pollution, poverty and racism. However, in this report Sightline draws from partial data and a fundamental misunderstanding of the purpose of cumulative impacts analysis. Here’s how:

Equity analysis requires rigorous use of multiple indicators and direct participation from communities most impacted.

In their report, Sightline decided a cumulative impacts analysis method would fail in the Northwest; making the determination using only a rudimentary test that ignores its primary utility. CalEnviroScreen is the gold standard for cumulative impacts mapping — developed through an inclusive process as part of a concerted environmental justice effort to make equity fundamental to carbon and air pollution reduction in California. The tool uses and weighs 19 different indicators, or data points, to illustrate the particular weight of environmental and socioeconomic burdens shouldered by each census tract. The approach has been very effective in catalyzing targeted investments. Excluding high speed rail spending, 51% of carbon revenue benefited California’s ‘disadvantaged communities’ in the last investment round, and 39% was invested directly in these communities.

In their report, Sightline decided a cumulative impacts analysis method would fail in the Northwest; making the determination using only a rudimentary test that ignores its primary utility. Sightline asserts that unlike in California, there is not enough overlap of pollution, poverty, and non-white populations to achieve equity outcomes through geographic targeting in Oregon, or as they later suggest, Washington. However, Sightline relies on just three indicators to justify their findings: 1) percent of the population that’s non-white; 2) the concentration of air pollutant PM2.5, and; 3) the percent of population at 200% of Federal Poverty Line. While Sightline recognizes this analysis is “preliminary” and admits that, “a more thorough analysis might yield different results,” they proceed to draw conclusions that a cumulative impacts analysis would not be a useful tool.

They were right about one thing: a more thorough analysis likely would yield different conclusions. For example, we already know that the Duwamish River Valley and the Lower Yakima Valley, two areas with very high concentrations of people of color and low-income people in Western and Central Washington, also have some of the highest rates of asthma in the state due to air pollution. A true cumulative impacts analysis like CalEnviroScreen, accounts for the differences in how each burden is experienced by the communities it impacts by weighing each indicator differently. Complementing the data with qualitative community participation would make the tool even stronger. The result would be a set of data that that can be used to identify and address the most pressing environmental hazards in each community, amp up their climate resiliency, and create jobs in the process. This approach, while not a silver bullet, is a critical part of making equitable climate investments.

Washington, and perhaps Oregon, does need a homegrown approach to climate investments, but we also stand to gain by building on the successes of California’s innovative model. An approach to investment that is informed by a cumulative impacts analysis is essential to an equitable carbon price, and it should be fine-tuned to fit each jurisdiction rather than abandoned based on the preliminary results of a rudimentary analysis. The formula for reinvestment and project eligibility criteria will, of course, be guided by state law and other local needs, and ought to be supplemented with qualitative data (like the Got Green and Puget Sound Sage Report Our People, Our Power, Our Planet). The point is, we must do the analysis first, and reject shortcut conclusions that undermine community-driven solutions.

Sightline finds no cause for concern that I-732 lacks a racial, economic or even pollution analysis, which we believe is critical to climate justice. They conclude that I-732’s lack of participation, analysis and investment in and from communities most impacted by climate change is not a reason to reject the initiative. In that assessment, leaders in Front and Centered strongly and fundamentally disagree. We can and must do better.