When We Lead: 2016 Voter Engagement Reportback 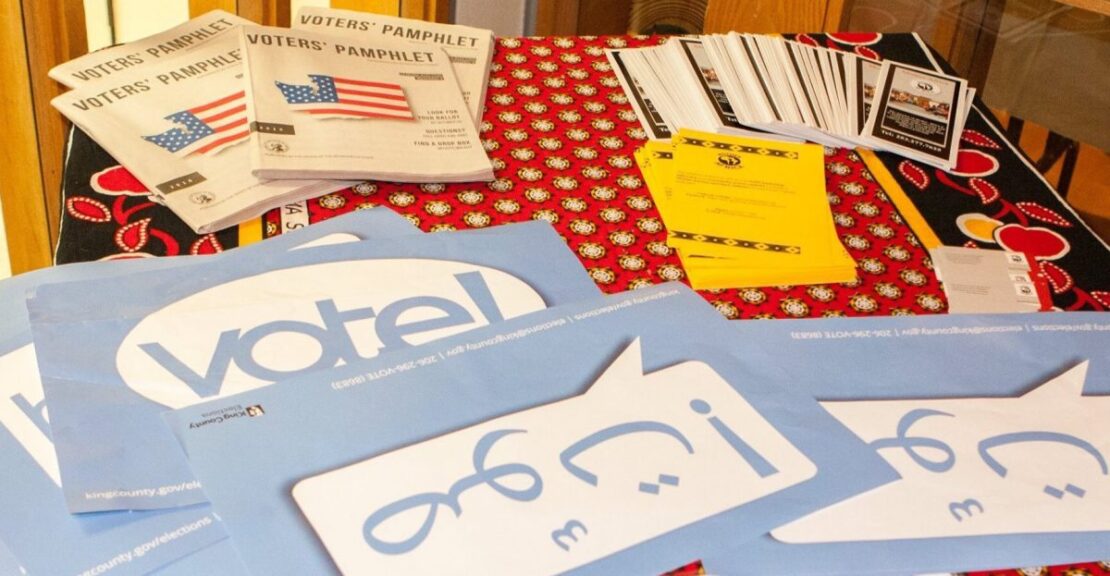 The Yakima Valley League of United Latin American Citizens (LULAC) Council #47015 headquartered out of Granger, WA focused their efforts in getting out the vote for 2016. Yakima Valley LULAC has been in existence for a little over a year in the Granger community. Knowing that 2016 is an important election year and that Latinos in Granger, who make up 90% of the population, have had low participatory rates in past elections Yakima Valley LULAC knew they had work to do in ensuring the voices of Granger’s residents were heard. The council began by registering community members to vote at local festivals, churches, partnered with the local high school civics class and the Statewide Poverty Action Network.

The power of grassroots organizing was on display as our relationships helped reach a demographic that is underrepresented in voting. One of the barriers to voting is not understanding a voter’s pamphlet and the overwhelming feeling for first time voters, especially voters whose first language is not English. A bilingual informational session on “Voting in Washington State” was held on October 26th at the Radio KDNA building with over 40 participants. Guest speaker Yolanda Arellano from the Yakima County Auditor’s Office demonstrated the voting process, how to fill out and drop-off or mail the ballots, an overview of the voter’s pamphlet, and introduction to Washington’s My Vote website. The information was well received by the attendees who felt very appreciative of the information that was shared. To help get out the vote bilingual signs were purchased and displayed throughout the community of Granger and surrounding communities.

In addition, the Yakima Valley LULAC Council, along with high school students, did door to door canvasing throughout the entire community of Granger to remind people to vote and to share voting resources listed on bilingual “don’t forget to vote” cards we had created. The Yakima Valley LULAC Council looks forward to working with other groups in ensuring that communities of color have a voice and a place at the table.

Mother Africa is a grassroots community based organization in Kent, Washington that has the mission to support African women immigrants and refugees and their families to reach their highest potentials. On October 28th, Mother Africa hosted our annual 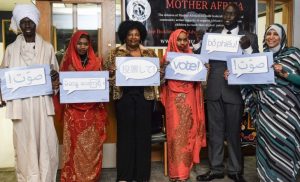 Cultural and Resource Night at the Kent Senior Center from 5-8pm. This is our third annual event, and this year we were proud to feature a new resource, voter engagement! In such an important election year, we wanted to ensure that our communities felt compelled to exercise their civic rights to vote, understood the process to do so, and had support to overcome any barriers they might face in being able to cast their votes.

At our Cultural and Resource Night, we offered a Voter Engagement Table staffed by two Sudanese women from our communities, complete with resources and signs encouraging people to get out and VOTE in multiple languages. We are happy to say that the event was a huge success! Specifically, many community members stopped by the table to discuss voting, ask questions, and take photos with the voting signs. Many shared their commitment to voting this year, and several even expressed the fact that they will be first time voters. We were inspired to be a part of rich dialogue around civic engagement.

Our mission at La Casa Hogar in Yakima, WA is to “connect and educate Latina families, to transform lives and our Yakima Valley.” Primarily, we do this through three key program offerings: Adult Education (including ESL, computer literacy, pre-GED, health and nutrition, civic engagement, and drivers’ education), Early Learning for children ages 2-5, and Citizenship and Naturalization. La Casa Hogar exists in a house—literally, a “casa”. The cozy and natural feel of the house is a key part of how we pursue our mission: as an authentic, bicultur 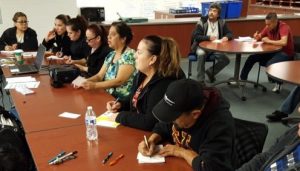 al, bilingual family. It is no surprise then that each year, leading up to Election Day, we have many individuals and families coming to our approachable casa for information about how read the ballot, where to vote, and when to vote.
We supported two voter education workshops, a special class in Wapato, voter education during the days leading up to Election Day, and a student de-briefing after the election results were in. Over the past 3 years, over 500 individuals have become U.S. Citizens through La Casa’s Citizenship Program. We understand that voter registration is only step one; voter education is step two. During the two voter education workshops, participants reflected on their values and the topics that matter most to them. They discussed how their values shape their beliefs and their decision making processes. A La Casa staff member facilitated the workshop and gave instructions on how to correctly complete the ballot coloring in the entire box.

Many first-time voters did not know that they would be voting on so many initiatives and at so many various levels of government. Upon opening their ballot in the mail, they expressed that they were overwhelmed by the number of options and did not know where or how to start. We were able to answer these questions and demystify the process. Participants were engaged, asked insightful questions during the workshop, and shared about their interest in learning and participating in workshops like this. Thankfully, we know we have state-wide partners who support our work to naturalize eligible lawful permanent residents Front and Centered were one of those valuable partners this season.

After the Primaries, several local candidates approached our Council, and wanted to speak at our general membership meetings. The candidates wanted to present their position on issues. Our Council is non-partisan, and we do not endorse any candidate. On September 27th, we held a Candidate Forum. We were able to recruit 14 candidates running for the 8th, 9th, 16th, Legislative Districts, as well as the two final candidates for the 4th Congressional District. We had approximately 80 people in attendance. We also had a live recording and were surprised to have 5,221 hits on our Tri-Cities LULAC Council Facebook page. 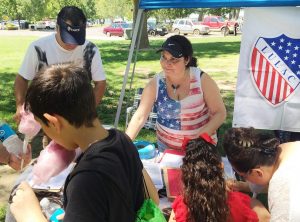 In addition to this work, we visited the Pasco High School and Columbia Basin College to see if we could align our Candidate Forum to increase the interest of our youth in the electoral process. One of the challenges we have observed is our youth is in danger of voter apathy, and we decided to look at ways to prevent this from happening. Our Council was able to have Pasco High School, and Columbia Basin College students write questions for the candidates. Our intent was to spark interest on students in elections by getting involved writing questions for the candidates. We were pleased to have their questions included in the Forum. We were also glad to see several students, and a couple of teachers present at the Candidate Forum.

In conclusion, our LULAC Council will continue its efforts offering learning opportunities to our local community in the areas of voter education, civic engagement, public education, immigration, and health care.

PrevPreviousVoters​ ​Reject​ ​I-732,​ ​‘Revenue-Neutral’​ ​Approach​ ​to​ ​a​ ​Carbon​ ​Tax
NextWhat can’t be seen: A reportback from Standing RockNext