With Environmental Justice For All 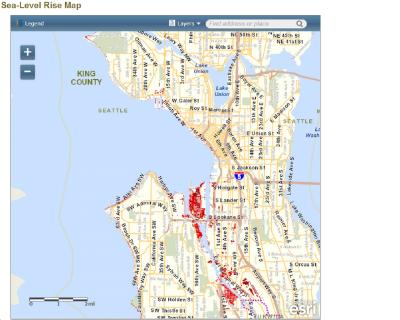 Confronting the crisis of climate change grows ever more urgent as unusual weather patterns wreak havoc around the world. Climate scientists, activists, and some politicians, including Washington Governor Jay Inslee, are calling for strategies to reduce carbon emissions and find ways to adapt to the environmental shifts that are already impacting communities.

The United Nation High Commissioner for Refugees is drawing attention to the implications of climate change for migration. So-called “climate refugees” are people like Ioane Teitiota, who are displaced from their homes by natural disasters likely caused by climate change. Teitiota fled to New Zealand from his native island nation of Kiribati, knowing he would need to relocate when Kiribati becomes uninhabitable – something that the Kiribati government recognizes as inevitable. Sadly, Teitiota’s bid for refugee status in New Zealand came under fire during a deportation proceeding in May, as judges in the Court of Appeal found the threats to his livelihood posed by climate change insufficient to grant him legal resettlement.

The international community, however, recognizes that stories like his will become increasingly common as the impacts of climate change worsen. The environmental destruction wrought by climate change creates some of the conditions that often drive migration, including increased exposure natural disasters and other environmental changes that harm livelihood. In anticipation of growing numbers of climate refugees worldwide, some have recommended the expansion of immigration policies to include a legal migration option for those displaced across borders because of environmental factors.

Washington State currently holds the second-largest group of resettled refugees in the U.S. and will probably see an influx as the environment deteriorates worldwide. Meanwhile, in all likelihood Seattle will have a group of climate refugees of its own. The South Park neighborhood faces the worst of the threats climate change poses in all of King County. Seattle Public Utilities recently published amap with a grim forecast for South Park’s residents. By 2050, much of the area will likely be underwater as the polluted Duwamish River swells over its banks and into neighborhood streets, displacing its residents. Moreover, South Park’s demographics describe a vulnerable population; 27.5% of the neighborhood lives below the poverty level, compared to 14.8% of Seattle residents as a whole, and people living in South Park are significantly less educated than the city-wide average. Nearly half of the neighborhood’s residents are foreign-born, primarily from Asia and Latin America. The area’s rich cultural diversity also poses a challenge in the context of climate change in that communicating the consequences of environmental hazards to the nearly 20% of residents with limited English proficiency requires extra consideration and careful work.

The discouraging example of South Park presents both insight into the disproportionate impacts of climate change and suggests the complexity of effective adaptation strategies. It also sheds light on an important opportunity for our work and for your voice.

OneAmerica’s mission is to build the power of immigrant and refugee communities with key allies. As we build our capacity to impact the institutions and policies that shape the health and opportunities of immigrant communities, we are compelled to take action. We have the opportunity now to shape important statewide discussions over climate and the environment in ways that serve the unique needs and perspectives of lower income and minority communities, and especially immigrant and refugee families and communities in Washington State.

Recognizing the need to focus on Washington’s environment, Governor Jay Inslee issued an urgent call to action on April 29th of this year. His Executive Order identified the threats of climate change and called for the eventual elimination of coal, the adoption of clean transportation and renewable energy, the establishment of carbon limits, and the creation of aCarbon Emissions Reduction Taskforce (CERT) to design a market-based solution to this climate crisis.

The taskforce brings together stakeholders and experts from diverse industries and sectors, including ours.OneAmerica’s Executive Director, Rich Stolz, serves on the CERT.

Despite good intensions, solutions to environmental problems often fail to serve vulnerable communities if they do not prioritize environmental justice. OneAmerica embraces the opportunity to make social justice a primary goal of Washington’s environmental policy; it’s our chance to lift up the specific needs of immigrant and refugee communities in addressing and responding to climate change.

We envision policies that improve environmental conditions for our communities and create economic opportunities. We also believe in designing solutions that are grounded in the logic and experiences of the cultures and communities who must ultimately benefit from them.

We can only achieve this by engaging impacted communities in the design process and requesting feedback throughout their implementation to ensure accountability. How do environmental issues affect your community? Email your thoughts to [email protected] to start the conversation.