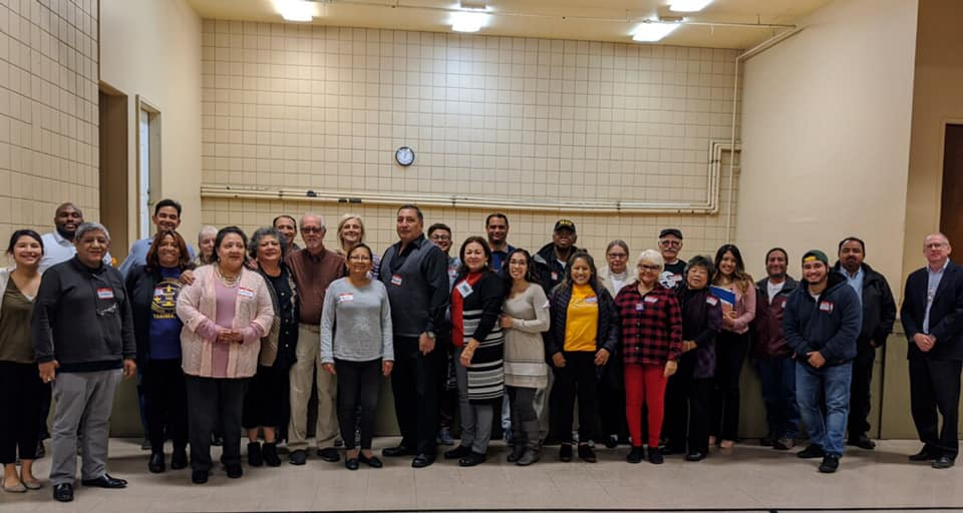 “We need a government that is truly of, by, and for the people. That means being represented by elected officials who share the experience and values of the collective whole. It’s having government agencies enforce public health laws without fear of repercussions from powerful polluting industries. And very critically, it’s when government goes to the community to listen with an active ear in the process of making decisions.” – James Parks, Chairman, Yakima NAACP Youth Work Committee

Members of Washington’s Environmental Justice (EJ) Task Force are continuing to learn about life on the frontlines of climate change and pollution. Last November, they went directly Yakima to hear from community members at Henry Beauchamp Community Center.

Local residents were well prepared to share their stories thanks to a pre-meeting the Yakima NAACP Chapter organized a week before. The NAACP provided a comfortable space for folks to gather, talk about their environment, and shape their stories. Nuestra Casa and Community Health Workers Coalition for Migrants and Refugees encouraged folks from their network to attend both meetings. This ensured the vital voice of farm workers, in one of the nation’s leading agricultural producing regions, was heard – laying the groundwork for the transition to a just and healthy Washington. 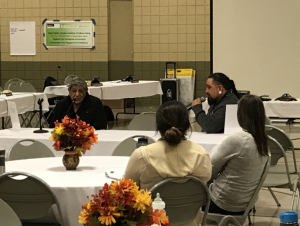 A poignant moment where a lifelong environmental activist shares his life experience, fears, and hopes for the future

Following the community conversation led by local organizations, the State’s Environmental Justice Task Force held a regional meeting in Yakima. This was an opportunity for our coalition and local frontline member organizations to participate in a unique partnership within the State’s government process.

As Front and Centered, we see our role as providing opportunities and breaking down barriers to participation in the public comment portion of these meetings to help inform the Task Force’s recommendations. The Task Force must consider this public input in developing its recommendations on how State government can prioritize EJ in a report to the Governor and Legislature that’s due by October 2020 (see page 180 here).

To ensure the input received is truly representative of the community the Task Force experimented with a creative approach to public comments through a new format called a Community Conversation. For the meeting’s final three hours, Task Force members ate dinner with the public, allowed attendees to address the crowd, and then broke out into groups for a rich dialogue.

Some of the main issues raised included: 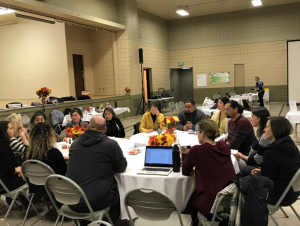 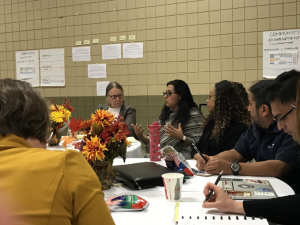 This new format allowed for folks to go deep into their personal struggles in a way that a traditional 2 minute presentation may not.  Many solutions on how government can make communities healthy were also brought up during the conversation. They included: 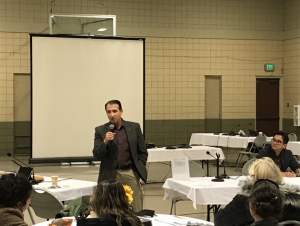 Gustavo Caravajal a local solar business owner speaks before meeting attendees about the health, employment, and economic benefits of clean energy while Task Force co-chair David Mendoza looks on from the back

The mission of the EJ Task Force and the work we are doing to drive it forward is pioneering. While the journey to achieving that in Washington is long and hard we’re taking real steps forward by shaping the Task Force recommendations and planning to advocate for their passage into law in 2021.  Stayed tuned for more updates!