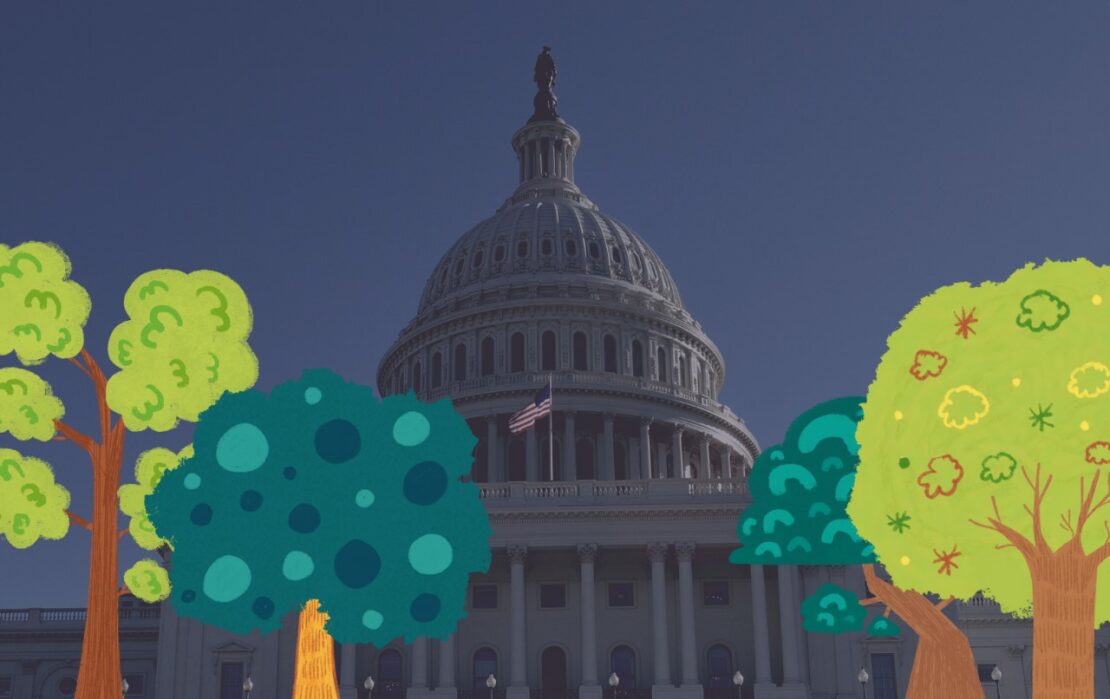 Making a Just Transition to a more regenerative economy—from one that relies on digging, dumping and burning coal, oil, and gas to one that is regenerative and sustainable for all—is in large part about navigating contradictions, according to the thought leaders at the Movement Generation collective. It’s not just the question of what fuels we use to power our economy, but to what purpose we apply our energy.

Front and Centered was created under a worldview that when we respect all communities and living things and engage in community self-determination, we can build a participatory economy that restores ecological and community well-being.

The IRA and a Just Transition

When you compare the Inflation Reduction Act just passed by the United States Senate and House against Front and Centered’s strategies for a Just Transition, there are plenty of contradictions. Even if it is the biggest action on climate by Congress ever, that’s an extremely low bar, and while some models project a impressive reduction of 1 billion tons of emissions by 2030, most reports conflate what’s the result from existing policy and practice—a decline in emissions of 27% from 2005—with the important but smaller role the IRA plays, which is closer to just 10 to 15% if modeling holds up.

Policy only puts us a path toward a Just Transition when:

We should celebrate Congressional action and motivation to act on climate, and applying analyses from the Just Solutions Collective, the Climate Justice Alliance, and others, we see a couple particular bright spots:

The IRA targets money toward reducing disparities in basic environmental rights and the energy transition. The Act includes:

Overall, climate and environmental justice advocates count somewhere between $17 billion and $44 billion generally heading in the right direction for frontline communities out of a $369 billion energy and environment spending package.

The other bright spot—which is not traditionally considered climate policy but does make up a key part of the Just Transition—is that the IRA contains baby steps to curbing the systemic advantage of large corporations. This includes a 15% corporate minimum tax, a stock buyback tax, and a methane leakage tax. The Act also empowers the federal government to negotiate drug prices. This is hardly a reversal of the decades of deregulation benefiting corporations that helped create the climate crisis, but it’s at least a change in direction.

Unfortunately, while we see some progress in targeting disparities and building more regenerative resource use, these aspects of the IRA comprise a minority. The law has major gaps in its approach, including:

The Act in some ways replicates the harmful Bush, Obama and other preceding White House administrations’ “all of the above” energy strategy: It encourages fossil fuel production, including oil and gas drilling offshore in the Gulf of Mexico and in Alaska, and there are provisions that tie renewable energy to oil and gas leasing. There’s talk of a new fossil fuel pipeline, and side deals that threaten of rolling back protections in the Clean Water Act and National Environmental Protection Act.

This “all of the above” strategy also allows some attractive energy programs, like the rural electric cooperative loan, to be wasted on false promises like carbon capture that allow local pollution to continue unabated. There are also subsidies for biomass and trash incinerators that worsen local pollution, and for nuclear there are subsidies up to $700 million for uranium that will end up as new sacrifice zones in frontlines communities, too often on Tribal lands.

An investment-only approach to climate change is never going to get polluters to reduce emissions enough to get us towards eliminating carbon pollution. However, it is a critical step on the path to creating alternatives to burning of fossil fuels, as well as to bolster community resilience against climate impacts, if done well.

Still, the IRA missed opportunities to build a strong foundation for the Just Transition we know we need. While promising investments may make a dent in local emissions and home energy, the vast majority of spending is dedicated to subsidizing energy companies, including false promises like carbon capture and new nuclear that call for further sacrifice to frontline communities. The law opens the door for fossil fuel companies to move forward with new extraction plans and continue accumulating power and profit. We can enjoy the brief warmth of the sunny spots this law provides, but our work to bring the power of our most heavily impacted communities to bear at decision-making and policy-making tables must continue to ensure a Just Transition.