The Urgent Need to Diversify the Solar Workforce 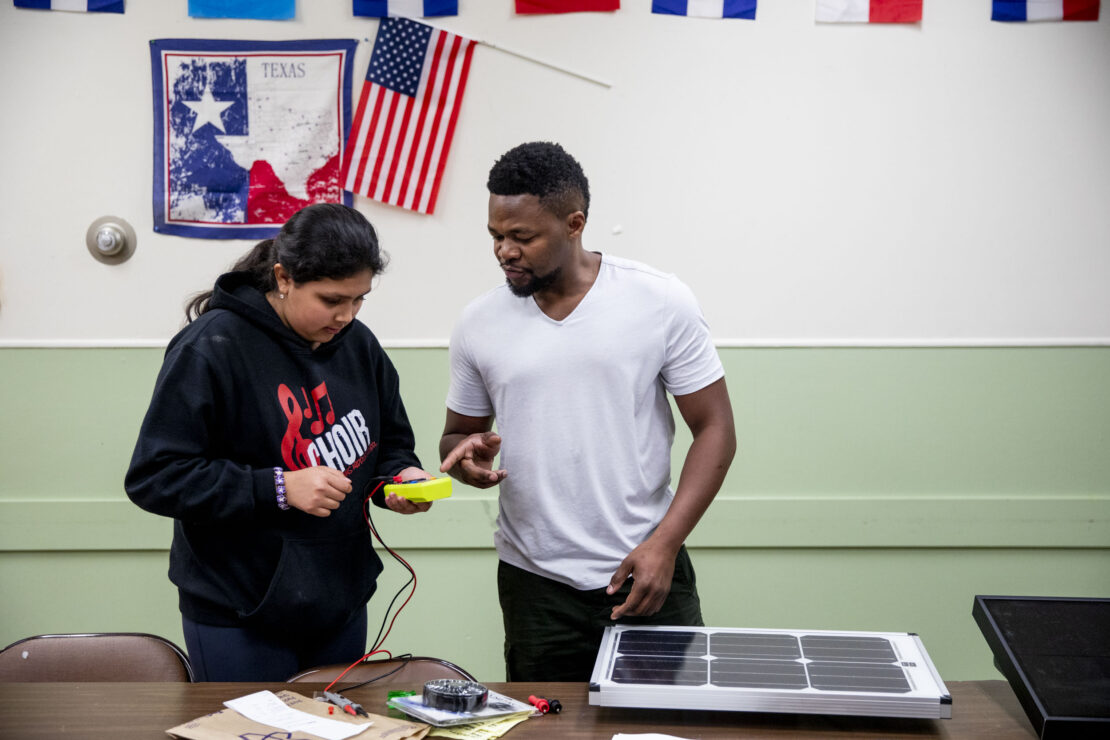 “We envision a just green economy, where there is unbound potential for renewable energy for everyone and workers are guaranteed living wages and access to good solar jobs. This goes hand in hand with targeted solar infrastructure investments to directly benefit under-served communities and not displace them. Deploying solar in such a manner can serve to alleviate energy cost burdens, upgrade poor electric power infrastructure, and allow people of color to break the green ceiling into the environmental sector.” – Jill Mangaliman, Executive Director of Got Green

Washington’s solar workforce grew by eighteen percent from 2017-2018. Moreover, thanks to planned solar projects and new state laws encouraging clean energy development, the industry is poised to grow even further. But absent an effort to cultivate and hire a diverse workforce, communities of color and women will not be fairly represented in Washington’s growing solar workforce.

There is great potential and ample opportunity to correct this imbalance, however.

Why is a diverse solar workforce important? Employment is a part of a holistic solution to our mission of improving community environmental health and Just Transition. Ensuring fair access to solar jobs makes the task of building a strong and sustainable green economy a truly inclusive effort. These jobs give the community a greater stake in projects to transition off unsustainable fuels, as well as greater resilience and well-being.

Some of the main barriers the report found to increasing workforce diversity in Washington’s solar industry include:

Seventy one percent of Washington’s solar workforce is made up of installers and project developers, other positions cover management, administration, engineers, and science. Below is a snapshot on the pay of installers:

Not only are these decent paying jobs, but they come with great potential for a career advancement as shown below:

How can we make these jobs more accessible?

One critical way to solve this problem is by taking a holistic approach in our clean energy advocacy work. This includes targeting the investment of green infrastructure upgrades like solar to ‘benefit’ communities of color whose health is disproportionately harmed by climate change and pollution. Such benefits include labor standards that call for businesses to hire workers from communities highly impacted by pollution, most often communities of color. Equitably planning for infrastructure investments and targeted hiring incentives were included in The Clean Energy Transformation Act, the bill the Legislature passed this year to require Washington’s utilities to eliminate fossil fuels from their resource portfolio by 2045 and came originally from Initiative 1631 which we developed at the Alliance for Jobs and Clean Energy.

Additionally, member organizations at Front & Centered (F&C) are doing tremendous work on various initiatives related to expanding workforce diversity in solar and the construction trades in general. Notably, in 2015, Got Green and Puget Sound Sage led the Priority Hire Campaign at the Seattle City Council to enact a landmark ordinance making it easier for local residents who seek construction work to find jobs. This law established local hiring as a priority for City driven public works construction projects costing $5 million or more in economically distressed areas.

In addition, there are community of color leaders and groups across the state (including ACRS, La Casa Hogar, Na’ah Illahee Fund and Shiloh Baptist Church) who are in the planning stages of developing solar photovoltaic projects to meet their own operational and community’s energy needs. These projects would provide real time data on who can fill solar jobs and lessons for future policies and planning. The direct jobs (related to onsite operations) and indirect jobs (related to supplying materials, financing, and administration) created by these projects will be tracked. Stay tuned for updates in the months ahead!

There are other important efforts to develop a strong and diverse solar workforce through greater employer outreach in communities of color, revamping Washington’s apprenticeship requirements to include a solar pathway, making job description inclusive, and more.

Read the report for a full assessment of jobs situation. Interested in a solar job in Washington? Check out the openings listed at Solar Washington.