A Just Transition, not Cap and Trade, Will Advance Climate Justice 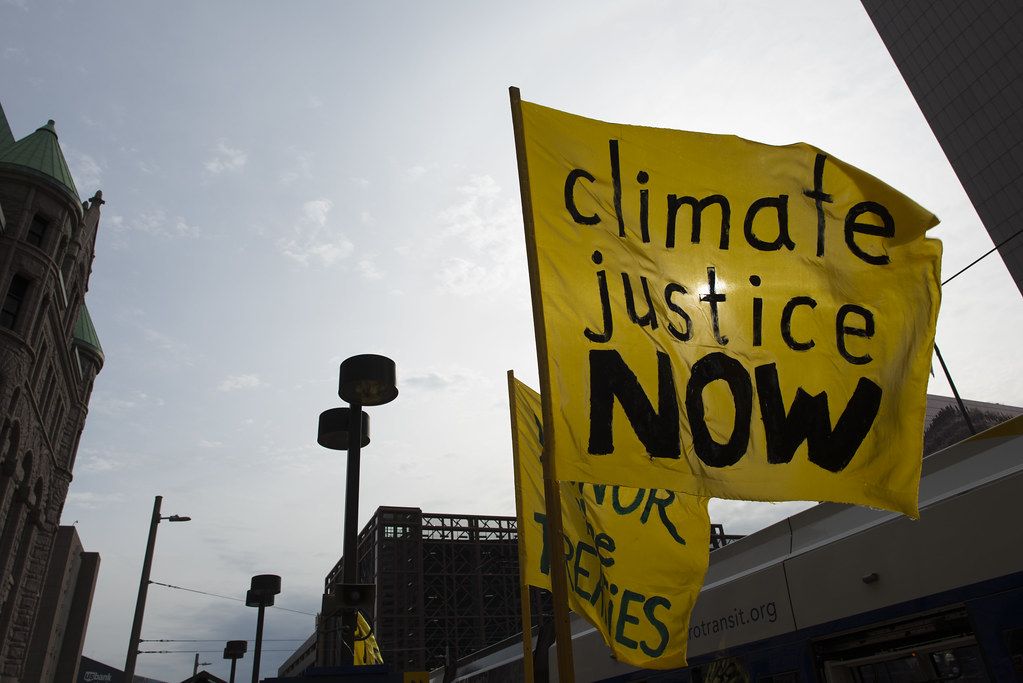 Our Requirements for a Transitional, Equitable Carbon Tax

Washington state must cut greenhouse gas emissions from energy use in half within the next ten years if we have any chance in meeting long term state requirements to nearly eliminate pollution that causes climate change by 2050. To achieve this goal – let alone achieve it in a way that protects communities from the impacts of climate change and fossil fuel pollution and the pitfalls of an unjust transition – requires much more than a change in the price of oil, gas, or coal, it requires a Just Transition of our entire economy.

We must transition from an extractive economy reliant on systemic racism and sacrificing frontline communities, toward an economy rooted in innovative, renewable resources and aimed at the well-being of people and our state. To accelerate this transition the people most impacted by pollution must lead the decision-making, communities must have self-determination over the places they live and work, jobs and livelihoods must regenerate – not degrade – the air, water, and land, and we must use renewable resources and practices.

A Just Transition requires significant investments in reducing pollution and building community resilience and capacity against climate change, on top of the historical and persistent threats we face disproportionately, including COVID-19 and chronic health conditions, police bias and over incarceration, economic inequity, and historical exclusion from decision making spaces. This transition also requires divestment from these systems and real, enforceable policies on the emissions of major polluters, emissions reduction at the source, and keeping fossil fuels in the ground.

There is no just pathway to our emissions goals that relies on the commodification of our air, land, and water, which we depend on for life. While incentives and disincentives – applied equitably – are part of a transition toolkit, we know we cannot achieve our vision of climate justice by just making it more expensive to pollute.

Cap and Trade: A False Promise

We recognize and stand in solidarity with frontline communities who have shared experiences with cap and trade and produced data showing that this approach has not only failed, despite claims to the contrary, but has reinforced environmental racism by:

We believe cap and trade, in any form that it has existed, will not advance climate justice and is a distraction from solutions that truly limit pollution, such as the Clean Energy Transformation Act which requires utilities to achieve 100% clean electricity and achieve the equitable distribution of benefits and reduction of burdens.

Carbon taxes, like sales taxes, are regressive and require financial mitigation for people with lower incomes. While carbon taxes may create disincentives to use fossil fuels, without an enforcement mechanism to reduce emissions, they are insufficient to do the real work. While a carbon tax cannot be counted on to cut pollution, it can be a temporary source of revenue for the investment we need for a Just Transition. Front and Centered believes as a revenue source, a carbon tax can be a useful tool if it meets certain requirements and that’s why we’re working with legislators, including Representative Debra Lekanoff, on a revenue policy that can meet the needs of frontline communities. We will also continue to work on real caps on major polluters in our state that do not create options to pay to pollute.

Our Requirements for an Equitable Carbon Tax

Image credit: “Climate justice now” by Fibonacci Blue is licensed under CC BY 2.0